“How mesmerising it is to watch the focus of a baby” 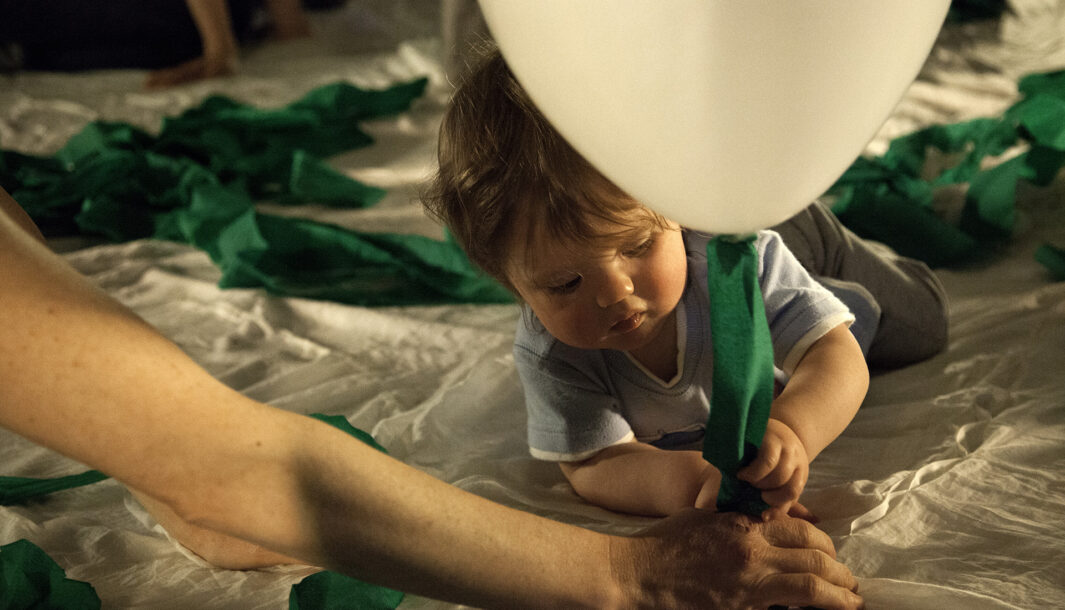 In January, Sue Giles, Polyglot’s Artistic Director, flew to Macau to present a talk and workshop about creating theatre for babies at the Macao City Fringe Festival for artists and theatre practitioners. We’re thrilled to share with you some excerpts from her travel diary.

“It was a full day – three hours in the morning with games and ice breakers, getting to know people, and feeling the energy. Lunch with a few of us at a wonderful soup place, where I had hot-and-sour soup with wontons, as well as braised lettuce and duck eggs marinated and aged until the whites were brown jelly and the yolks purple and grey.

In the afternoon we talked babies and what we know about them. Many of the participants haven’t ever spent time with babies, so it was a very interesting conversation – I’d asked them to write or draw what they knew on a piece of paper and then we went around the group and talked about what was on the paper, finding similarities in perception and also looking at the potential in their initial ideas. I asked them to all make small installations where different aspects of the conversation were explored visually and physically – working either solo or in groups, their choice. We ended up with eight different approaches to sensory exploration or meaning for a young audience or an adult; from tunnels where you had to go blindfolded and feel your way, to elastic mazes with bells and tubes of paper to look through, to a target that you could throw balls at, to a vibrant crowded stimulus space, to a playable toy to a shadow sculpture.

I was aware after this construction that the deeper elements of theatre making and what this might mean had yet to be touched upon and we were going to have some babies in tomorrow, which would make all the difference. Instead of re-installing some of the things created in the other room, I asked if we could try performative action in that new space and keep the installations up for play. Everything already created would feed people’s knowledge of the child and their parent.”

“P was first to arrive, with her little 10-month-old boy H. The approach to babies is very over the top here, lots of noise and laughter and shrieks and face pulling. After a while of this, H was completely over it and wailed, so S rocked him to sleep. When he woke up about 10 minutes later he was still flooded with adults, so when we all sat down at 11.30am, we talked about the baby as collaborator. H had been fed and was quite calm, and he listened intently as we talked. He became a wonderful demonstration of someone who was able to contribute as I talked about respecting the child as collaborator, not laughing at everything they do or say because we wouldn’t do the same to an adult collaborator.

I talked about the unconscious adult reaction, the desire to stimulate and get a response, being unaware of how we are reacting. We talked about mindfulness and reminding yourself, watching yourself to examine your own instincts. At one point, H and I talked, by me repeating his sounds when he made them. He repeated the sound again and I followed, and he kept making sounds to see what would happen. He was interested and concentrating.

I talked about the techniques people have been trying, matching sounds and following the movement of babies, and then together we set up the ideas for the other space – a smaller clean square room with curtains all around. We would have four of the participants who were movers under the cloth, and S volunteered to initiate and create sounds and song. We also talked about the introduction to the session, introducing the experiment we are wanting parents to take part in, including asking them to let go.

M and baby L arrived so we started in the installation room. L was under a white cloth stretched between two chairs, with fairy lights on top and a torch laying with shadows and spots. The group watched and made notes, absorbing the minute actions and focus of the child while JJ played with the light in front of him and around him on the cloth. Very simple stuff that caused a huge shift in the room – everyone became very aware of the subtlety of the audience and how mesmerising it is to watch the focus of a baby.

A few of us went to set up the other room and soon we had three tiny children under the age of 1, and three children aged between 2 and 6. We used basic techniques – movement under cloth, humming and harmony – but enough for the group to see the effect of these simple tropes and how the responses varied between the ages and individuals.

Gorgeous moment when the little girl next to me went under the cloth and became one of the performers. Another one when H cried out and the whole group echoed his cry (I was so proud of them) and he noticed and became still and alert. Another when I instructed the group to reveal their heads from the cloth, and H leaned into one of them and gave them a huge mouth hug. At the same time, L was chortling as a game of peek-a-boo was happening on the other side of the room. Another one when I started pulling babies around on the cloth – L totally relaxed and absorbed, O (A’s child) started out grizzling, but as soon as he felt the floor against his tummy he quietened and relaxed throughout the whole journey. H strenuously resisted (he’d had a big day already).

After lunch we gathered together and de-briefed the ideas, taking each apart after the discussion. It was a great way to focus on each separate moment. Quote from A, “I reminded myself, consciously, to leave O to have his experience and not interfere.” As with [Polyglot show] How High The Sky, all the parents were totally up for the experiment and really enjoyed themselves, and their babies’ experience. P gave herself the task of examining the parent tension in the role of participant. As a parent herself she was interested to see where her resistance lay. Each of the installations had different things to offer in the journey towards baby theatre.

For the last part of the day we went back into exercises and I took them through blindfold work – a great way to end the two days as a reminder of use of senses and memory (it’s hilarious and fun.) Our last discussion was about theatre – what makes it theatre rather than a playground?” 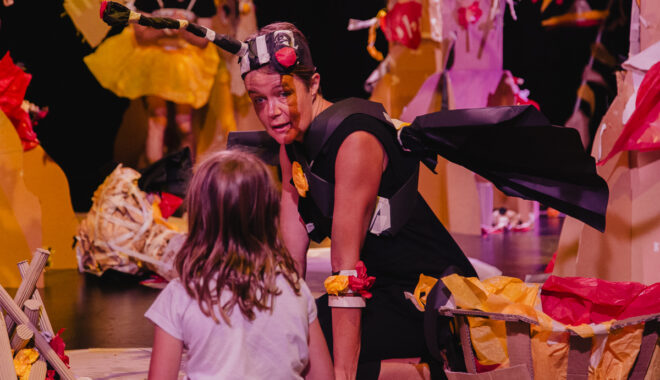 An established actor, creator, collaborator, Emily Tomlins is the Associate Director for Polyglot Theatre. Abbotsford Convent had a chat with Emily ahead of Bees,...... 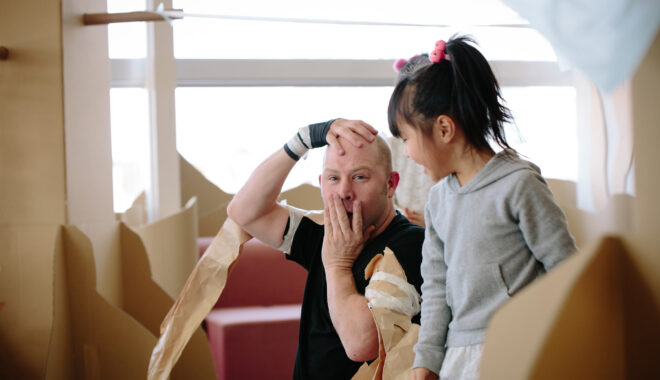 By Mischa Long I have had the privilege of working for Polyglot for 25 years, and in that time I have also had a...... 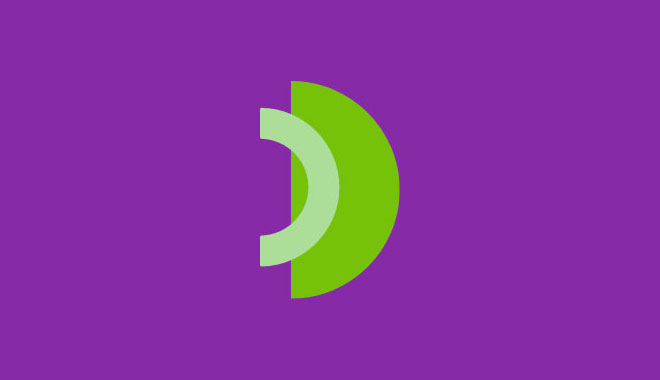