Biophilia and nature deficit: co-designing natural spaces with and for children 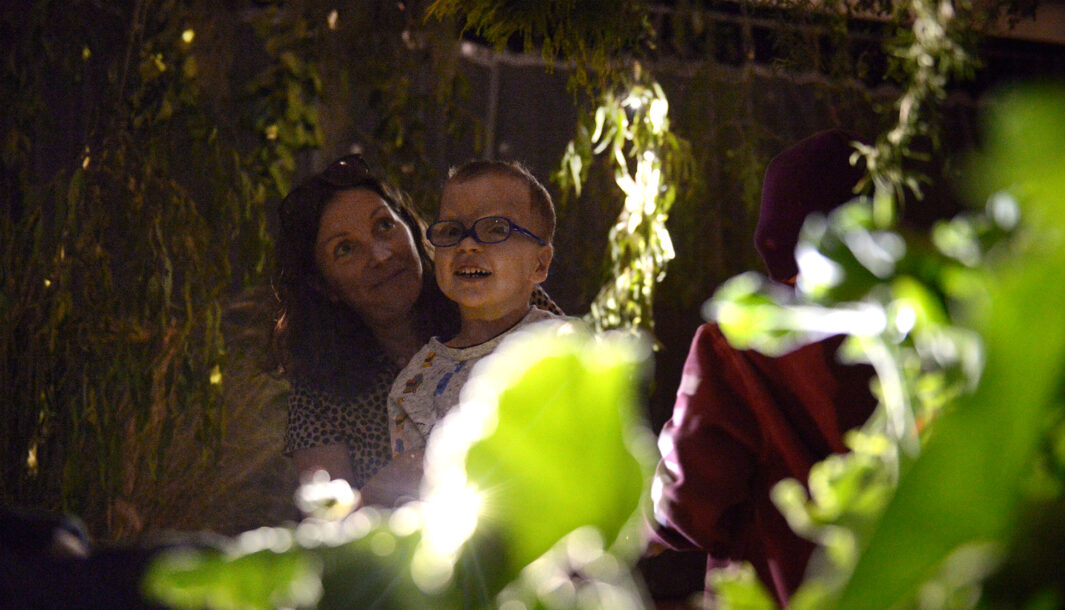 Have you ever wondered why walking in nature makes you feel so good? Perhaps it’s the abundance of green, the burbling of flowing water or the fractured light that filters through the trees? Or is it the sound of birds calling, the soft rainforest floor under your feet, or the crisp fresh air that fills your lungs? Perhaps it is all of these things? Indeed, the fact that so many of us love being in nature is no coincidence. This is biophilia, a now well-established science that supports the idea that humans have an innate propensity to seek connections with nature, and to need it.

The concept of biophilia – literally translated as ‘love of life’ – was popularised by biologist Edward O. Wilson (1984) to advocate for the inherent biological affiliation between humans and nature. The biophilia hypothesis is based on humanity’s enduring co-evolvement with living systems, harking back to the prehistoric era, when human survival was based on the ability to understand and collaborate with our environments. Our ancestors relied on detailed knowledge of the local ecosystems, seasons and resources in order to hunt and forage for food, as well as find and construct shelters. This long-held affiliation not only accounts for our innate tendency to seek out nature-based experiences, it is also what enhances our emotional and psychological wellbeing. It is the reason why many of us choose to have plants in our homes, favour access to natural light in our working environments or seek out panoramic views.

Anyone who has spent time with children will be familiar with their innate curiosity and sense of wonder about the natural world. Yet children are spending significantly less time in nature than ever before (Louv 2008). Over the last 30 years, there has been a steady decline in children’s independent play, both in Australia and globally (Lee et al 2015; Freeman & Tranter 2011). Where once roaming suburban streets and parks was the norm, young people are increasingly spending more time indoors, and on their screens (Yang et al 2017). This nature-deficit in children has led to a worsening of physical and mental health outcomes, with increased obesity rates and related diseases (Schoeppe et al 2014), as well as declines in spatial perception (Sobel 1998) and eroded environmental values (Timperio et al 2004).

In 2016, I worked with Polyglot Theatre on Outer Bounds, a community arts project that explored the potential of creative nature-based play in contributing to children’s identity and understanding of their natural environments. Outer Bounds was conducted in collaboration with Year Six students from Mahogany Rise Primary School (Frankston North) and the Royal Botanic Gardens, Cranbourne. The aim of the project was to introduce the children – many who came from lower socio-economic backgrounds and with little access to nature – to their local reserve (‘The Pines’). Through participatory and biophilic art-making, we engaged the children to co-design their own habitats (‘cubbies’), construct animal costumes from reclaimed materials, and plant native seedlings in the reserve – their reserve. The project culminated in a dynamic outdoor showing where the students presented their ‘cubby creations’ and performed for their families and friends.

Outer Bounds was also a research project and included investigations into the benefits of creative nature-based play and its potential to increase children’s connection to their local environments (Beer, Cook & Kantor 2018). A key discovery of the research was the importance of supporting children’s instinctive connection to nature and encouraging them to independently find their own ways of understanding and appreciating their local reserve. While there was an initial resistance to being in the bush from many children – even fear – we were surprised at how quickly the children became comfortable in their natural surroundings and began to embrace The Pines as a newfound play space. A key finding was the importance of allowing young people to freely and independently engage in their local environments. As one child exclaimed, “it made me kind of realise that I need to be outside more … I need to explore more, because there’s so much out there that’s unexplored and I thought maybe I could go out there and do some exploring of my own”. Another observation was the transition in their appreciation and connection to nature. As one child reflected, “[the project] made me feel more gratitude to nature and it made me feel more protective of nature and stuff”. This demonstrates the importance of biophilic activities in supporting children’s agency on environmental issues, now and into the future.

More recently, I have begun work with Polyglot on developing a biophilic environment for Parked (working title), a project in collaboration with Oily Cart (UK) that explores what it means to create a theatrical experience specifically for children with disabilities, and for their families and carers. In this project, we acknowledge that these children – many of whom are wheelchair users, often with profound physical and intellectual disabilities – are some of the least catered for, not only in the arts sector, but in society at large. In Parked, our inspiration is to bring art and nature together, to create a unique biophilic environment that transports children into ‘the outdoors’, while also in creating a safe space for these experiences to occur. Our hope is that we can co-create a biophilic encounter for those that have the least access to it, which resonates positively long after the event.

Children’s intrinsic curiosity about the natural world resonates with the inner child in all of us. As adults we can easily forget how magnificent the blooming of a flower can be, how stunning it is to witness the changing of the seasons, or the sheer joy in watching bright butterflies fluttering in our gardens. Children can act as valuable reminder to adults of the importance of the outside world in nurturing wellbeing. As Valerie Andrews (1990) writes:

‘As a child, one has that magical capacity to move among the many eras of the earth; to see the land as an animal does; to experience the sky from the perspective of a flower or a bee; to feel the earth quiver and breathe beneath us; to know a hundred different smells of mud and listen unselfconsciously to the soughing of the trees.’

Thus, to connect with our inner child, is also to connect with our biophilic selves, to nurture our intrinsic love of nature. In an increasingly digitised and disconnected world, biophilia has potential to not only re-ground us an individuals, but as a society as well.

Dr Tanja Beer is an ecological designer and community artist who is passionate about co-creating shared spaces for the benefit of humans and nature. Originally trained as a performance designer and theatre maker, Tanja increasingly works across disciplines, often collaborating with landscape architects, urban ecologists and placemakers to inspire communication and action on environmental issues. Her most celebrated project is The Living Stage: an award-winning global initiative that combines spatial design, horticulture and community engagement to create recyclable, biodegradable, biodiverse and edible event spaces. Tanja straddles academia and practice and is Senior Lecturer in Design (Interior/Spatial) at the Queensland College of Art, Griffith University. She is currently writing her first book on the emerging concept of Ecoscenography (ecological design for performance) with Palgrave Macmillan. 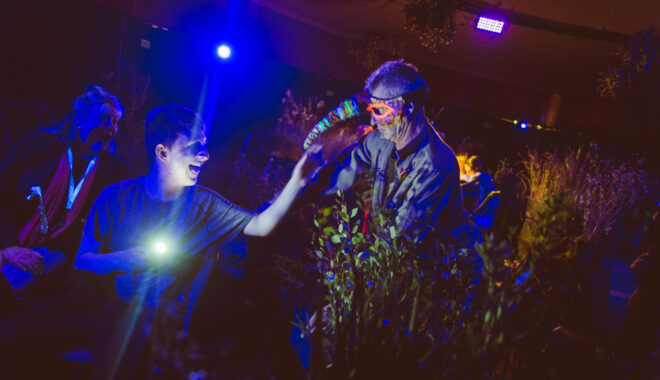 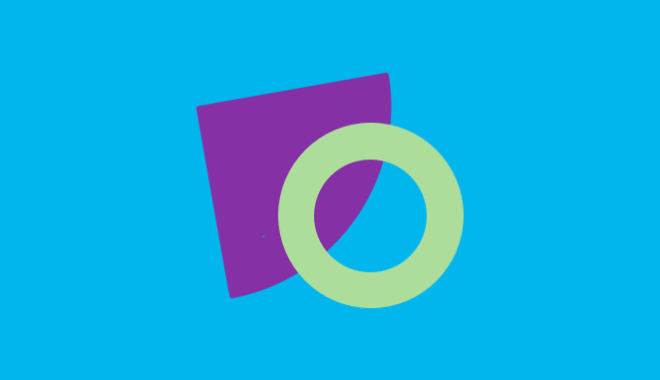 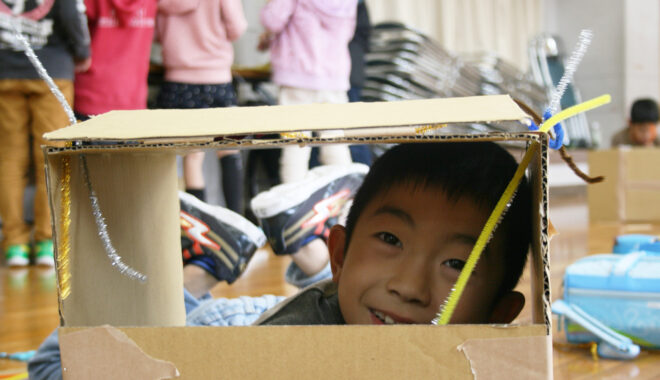