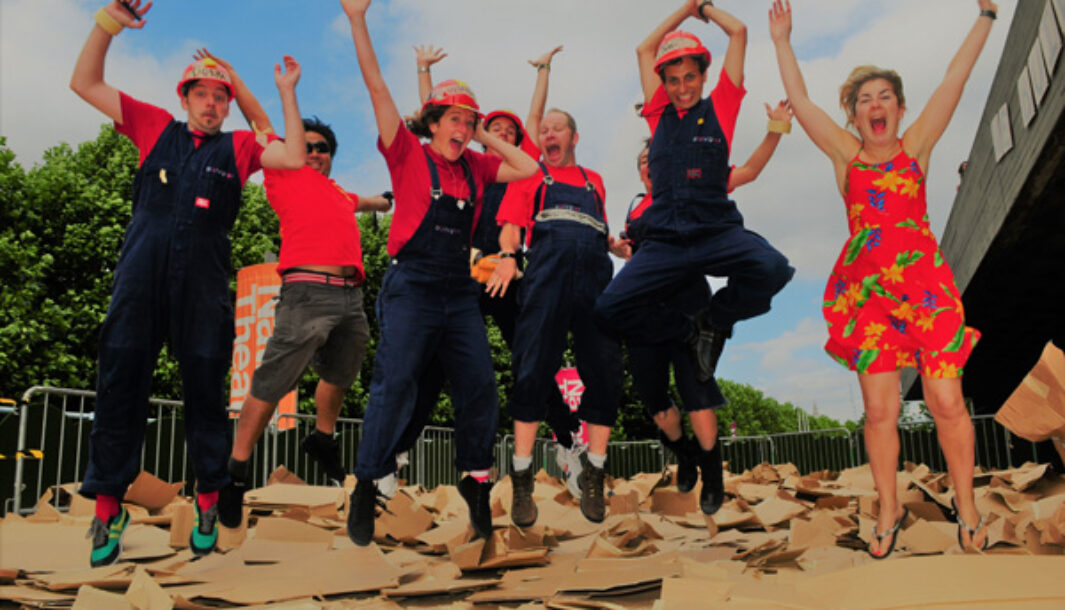 The first ever gig with Polyglot theatre was a twist of fate! I had auditioned to become part of the Polyglot team but I hadn’t had a chance to work on any shows as I was touring with my theatre company the Suitcase Royale. I was hanging around in London before performing at the Edinburgh Fringe Festival. A performer had to pull out of Polyglot’s UK tour of the UK so I was asked to fill the spot since I was already there.
I was really excited to get my chance to perform at such an amazing venue and work on WE BUILT THIS CITY. I had seen the show online but that didn’t prepare me for the scale of project. It was huge! Thousands of boxes all stacked up in front of the Southbank Centre.
It was packed from the beginning with kids (of all ages) stacking up towers of boxes and watching them fall or get blown down. I remember staff chasing boxes along pathways and participants building tunnels to protect themselves from the wind.
Finally I recall the giant ‘smash down’ that is the finale of every WE BUILT THIS CITY! It was wild, kids everywhere smashing boxes, getting them ready for the recycling machine.
I could never have imagined then the path I was about to embark on with Polyglot!